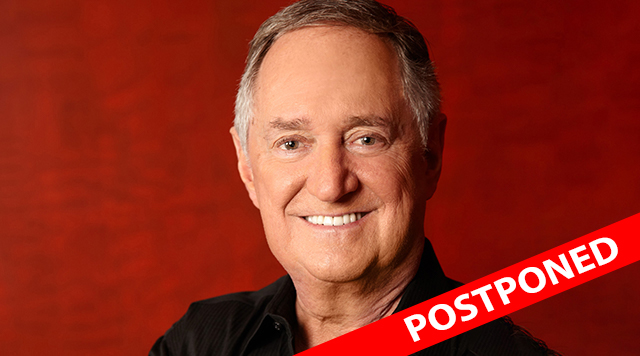 Tickets already purchased will remain valid for the new show date. For those who cannot attend the new date, refunds will be authorized at point of purchase once the new date has been announced. Once refunds are authorized, guests who purchased tickets from IP on property can return for their refund at Essentials gift shop. You will need to hold on to the tickets you purchased as we will require them to process the refund.
Singer. Songwriter. Composer. Pianist. Author. These are just a few of the titles that can describe Neil Sedaka. Classically trained at Juilliard, his impressive sixty year career ranges from being one of the first teen pop sensations of the 50’s, a tunesmith for himself and other artists in the 60’s, a superstar in the 70’s, remaining a constant force in writing and performing presently. This is all thanks to the countless songs he has written, performed, and produced that continue to inspire artists and audiences around the world. Introduced to Howard Greenfield by Greenfield’s mother in 1952, he began one of the most prolific songwriting partnerships of the last half-century that sold forty million records between 1959-1963. Sedaka soon recorded chart toppers "The Diary," "Oh! Carol," " Stairway to Heaven," "Calendar Girl," "Little Devil," "Happy Birthday Sweet Sixteen," "Next Door To An Angel," and "Breaking Up Is Hard To Do”.

In 1964, the direction of American music changed drastically when The Beatles launched “The British Invasion”. Due to his many talents as a songwriter, Neil was able to prevail, writing hit songs for such artists including Frank Sinatra, Tom Jones, The Monkees and The Fifth Dimension.

Sedaka found enormous popularity in the UK with the release of a string of critically praised albums “Emergence”, “Solitaire” and “The Tra-La Days Are Over”. These albums caught the attention of Elton John, who was riding the wave of his own tremendous success. Sir Elton would sign Sedaka to  is fledging new label Rocket Records and re-introduce Sedaka to American audiences. The two albums recorded for Rocket, “Sedaka's Back” in 1974 and “The Hungry Years” in 1975, became top selling albums globally. His comeback was further heralded by two of his songs co-written with Phil Cody; "Bad Blood" and the quintessential "Laughter in the Rain," both reaching the #1 position on the music charts. "Breaking Up Is Hard To Do" was re-released as a ballad in 1975, and made music history by becoming the first song recorded in two different versions by the same artist to reach #1. During this time, Captain and Tennille scored a worldwide #1 hit and the Grammy for Record of the Year with Sedaka/Greenfield’s "Love Will Keep Us Together". The line “Sedaka Is Back” can be heard as the song fades out.

Always looking to challenge himself as a composer, Neil has returned to his classical roots, composing his first symphony, “Joie De Vivre”, and his first piano concerto, “Manhattan Intermezzo”. Neil recorded these two pieces with the Philharmonia Orchestra of London at Air Studios in London. “Manhattan Intermezzo” was released on 2013’s “The Real Neil”. “Joie De Vivre” was released on 2016’s “I Do It For Applause”.

With a career spanning seven decades, the National Academy of Popular Music has twice honored him, first with his induction into The Songwriters Hall of Fame in 1984, and in 2004 with The Sammy Cahn Lifetime Achievement Award, which recognizes outstanding work in furthering the successes of songwriters. He has had a street named after him in his hometown of Brooklyn and was given a star on the Hollywood Walk of Fame. In addition to celebrating his 80th birthday this year, Neil received an Honorary Doctorate in Music from Moravian College in Bethlehem, PA. This songwriting icon remains an active performer still playing his celebrated pop hits to sold out audiences worldwide.
Cost:
Tickets from $44.00 plus taxes and convenience fees